M. F. Husain, (17 September, 1915 - 9 June, 2011) popularly known as MF, was an artist of Indian origin. According to Forbes magazine, he has been called the Picasso of India.
In 1996 controversy arose over paintings originally painted in the 1970s which were interpreted as anti-Hindu. After legal cases and death threats in his home country, he was on a self imposed exile from 2006. In Jan, 2010, he was offered the citizenship of Qatar, which he accepted. He died in London the following year.
(Thanks Wikipedia). 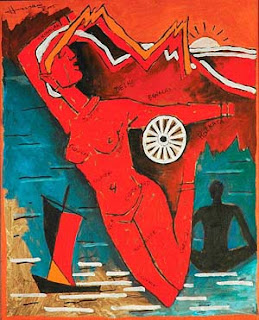 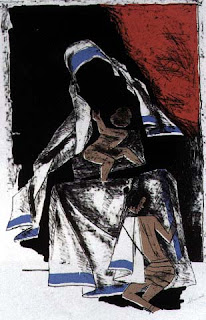 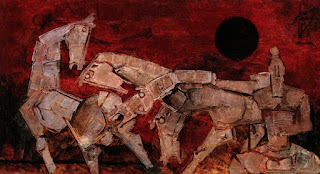 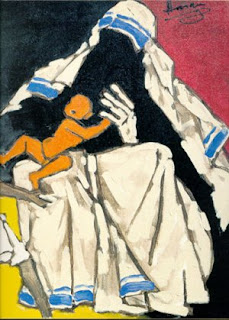